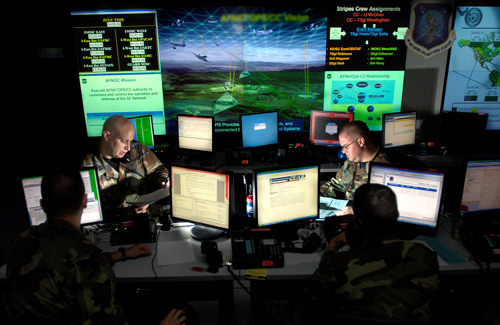 South Korea is developing offensive cyber capabilities to counter the growing number of cyber attacks it faces from North Korea, the ROK Defense Ministry announced earlier this week.
To date, South Korea has relied on passive and defensive cyber operations to counter cyber attacks from North Korea. However, as Tae-jun Kang notes over at the Koreas blog, North Korea has been stepping up its cyber operations against the South in recent years. Cyber attacks originating in the North were up over 35 percent in the first nine months of this year, and South Korea’s Defense Ministry estimates that North Korea has nearly doubled the size of its cyber command over the last two years.
The Korea Herald reports that during a parliamentary audit on Wednesday, a Defense Ministry official told lawmakers that the North’s growing cyber capabilities have forced it to abandon its previously defensive cyber doctrine.
“We will change what has so far been a passive-defensive policy into a proactive one. Taking advantage of the enemy’s vulnerabilities, we will take preemptive action to fend off cyberinfiltrations,” the unnamed Defense Ministry official was quoted as telling lawmakers.