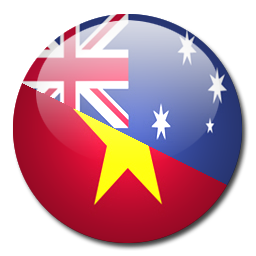 Cybersecurity can help Australia take its existing engagement with Vietnam to the next level.

Historically, Vietnam’s relationship with China has been complex. Stretching from 111 BC and early Chinese cultural domination of Vietnam, to the 1979 border conflict and more recent disputes over competing claims in the South China Sea, the relationship’s had its challenges.
Earlier this year hostility flared when the Chinese government deployed an oil rig within Vietnam’s Economic Exclusion Zone. That led to public protests and targeted violence towards Chinese nationals in 22 of Vietnam’s 63 provinces.
Tip-toeing around the edges of that tension are several countries—including the U.S., Japan, Russia and India—seeking to step up their engagement with Hanoi. All seek a stronger relationship with a partner in a geographically important location and a warmer friendship with ASEAN’s main players—and some probably hope to counter China’s expanding sphere of influence.
Tangible engagement has, for the most part, centred on arms and natural-resource sales. Vietnam took delivery of the second of six Kilo-class submarines from Russia in March. And India’s said to be close to concluding a deal to sell BrahMos supersonic cruise missiles to the Vietnamese, further boosting their defense capabilities. Earlier this month, the U.S. also partially lifted its 30-year-old embargo on sales of lethal arms to Vietnam, which will facilitate the sale of weapons for maritime purposes for the first time.
Australia should also seek to expand its engagement with Vietnam: it’s too politically and geographically important to ignore. But we need to be careful not to ruffle Beijing’s feathers while doing so. So we must be subtle in our cooperation with Hanoi, proceeding with a softly-softly approach.
Non-traditional security issues such as cybersecurity provide an opportunity to take our existing engagement, which primarily revolves around transnational crime, to the next level.