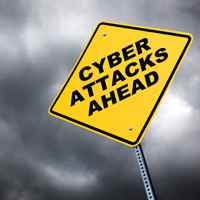 North Korea has nearly doubled the size of its Strategic Cyber Command over the last two years.

North Korea has expanded its cyber terror force to about 6,000 cyber agents, South Korea’s Ministry of National Defense said earlier this month.
According to South Korea’s Defense Ministry, in 2012 Kim Jong-Un issued an order establishing North Korea’s Strategic Cyber Command. In the order, Kim emphasized the need to nurture a cadre talented agents for cyber warfare.
The ministry added that North Korea has nearly doubled the number of agents working at Strategic Cyber Command to 5,900 in two years.
The increase in personnel is already paying off for the North. The Defense Ministry said that South Korea suffered 1,560 cyber attacks from the North between January and September of this year. This was a roughly 36 percent increase in the number of cyber attacks South Korea suffered from the North during the same period  last year.