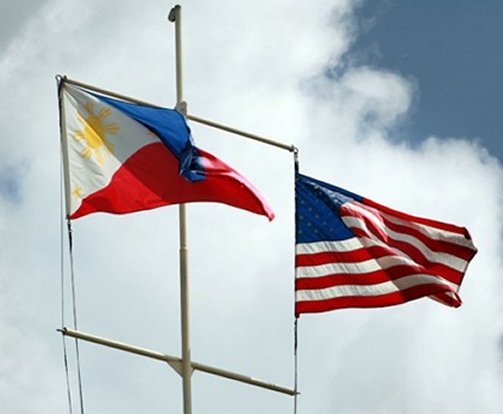 Manila will welcome the U.S. military back to the country after ejecting it in 1992.

The Philippines announced on Friday that Washington has accepted its draft for a new agreement granting the U.S. military greater access to bases in the Southeast Asia country.
In a press conference on Friday, Undersecretary of Defense Pio Lorenzo Batino said that consensus has been reached and just the final details are being hammered out. “Consensus was arrived at on many provisions of the draft agreement,” Batino said according to Reuters, adding that the deal was 80 percent done.
The Philippine Inquirer summarized Batino as saying that the “U.S. had accepted the Philippine draft of the proposed Agreement on Enhanced Defense Cooperation.” It went on to quote him as explaining that the draft “more comprehensively articulated the Philippines’ positions, notably its consistency with the Philippine Constitution and relevant laws, as well as mindfulness of the country’s historical experiences.”
Manila has greatly limited the U.S. military’s operations in the Philippines since kicking it out of Subic Bay—the headquarters of the 7th Fleet at the time—in 1992. For the most part, Washington’s been limited to assisting in counterterrorism operations in the Philippines, and only then since 9/11. However, Manila’s rising tensions with China over parts of the South China Sea has renewed its interest in granting the U.S. military greater access to bases like Subic Bay.