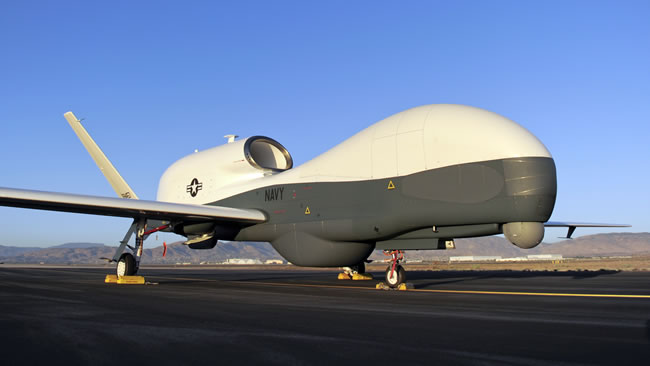 The Prime Minister of Australia The Honourable Tony Abbott MP visited RAAF Base Edinburgh recently to announce the Government has committed to the acquisition of the Triton Unmanned Aircaft System (UAS), subject to the successful completion of the US Navy development programme currently under way.

The MQ-4C Triton UAS is an unarmed maritime variant of Northrop-Grumman’s Global Hawk. The aircraft will be based and piloted from RAAF Base Edinburgh and capable of supporting missions of greater than 24 hours while covering an area of over one million square nautical miles; an area larger than Western Australia Triton will patrol Australia’s vast ocean approaches, protecting offshore resources, supporting other Australian Defence Force assets and helping to secure our borders. Triton is purpose-built for the maritime environment, and includes a strengthened airframe, de-icing capability, hail and bird-strike protection, and has sealed avionics and sensor compartments and environmental countermeasures to enable all-weather operations. The Triton has been under development by the United States Navy (USN) since 2008 and is scheduled to achieve Initial Operational Capability with the USN in 2017. The total number of Triton aircraft to be acquired by Australia and their introduction into service date will be further considered by Government in 2016, based on the Defence White Paper.