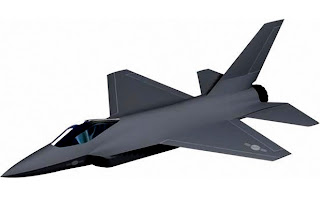 Korea Aerospace Industries (KAI) has published a drawing of a moderately stealthy fighter concept based on its T-50 series of supersonic trainers and light-attack aircraft. The concept aircraft is far smaller and less ambitious than the all-new, twin-engine KF-X designs promoted by the Agency for Defense Development, the leading proponent of building an indigenous South Korea fighter.

Some South Korean industry officials doubt that the country has the technical resources to build the KF-X, especially if major civil aerospace programs go ahead at the same time; a 90-seat turboprop airliner is also proposed. But a KF-X derived from a current type would demand less engineering and may benefit from stronger pricing by avoiding competition with the Lockheed Martin F-35, although Saab is already in the market for advanced but moderately sized fighters with its Gripen E/F.

The T-50 and its FA-50 light fighter derivative are themselves based on the F-16 and were developed with help from Lockheed Martin, but the stealthy concept, called KF-X-E, departs from the F-16 planform used for the earlier aircraft. Some wing and fuselage edges are parallel, and the trailing edges of the main and tail planes are swept forward. The fuselage sides have chines. Nose volume of the KF-X-E appears to be small, limiting the size of the radar antenna, but the airframe seems to have more volume overall than the T-50, offering more space for internal fuel and thereby minimizing the need for external tanks and their radar reflections.