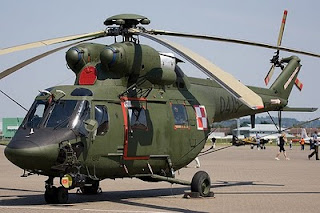 MANILA, Philippines—”Of what use is a combat helicopter if you cannot use its machine gun?” President Aquino asked in his State of the Nation Address on Monday.

On Tuesday, Defense Secretary Voltaire Gazmin said the purchase of eight Sokol helicopters from Poland would be the last by the Department of National Defense (DND) since they could not be used in combat, after all.

“I understand helicopters because I’m a combat officer. The first thing I noticed was, why do you have to remove the machine gun before you can get inside it? The entrance is too narrow, it’s all wrong,” said Gazmin, a former Army Special Forces commander.

The P2.8-billion deal with Augusta PZL Swidnik of Italy and Poland for eight Sokol helicopters had been signed, sealed and delivered when he assumed office in July 2010, Gazmin said.
“We just had to make the payment,” he said.

The eight Sokol (Falcon in Polish) helicopters were delivered in two batches in 2012.