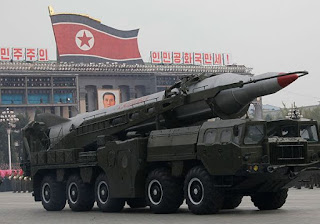 SEOUL, May 30 (Xinhua) -- South Korea's military said on Monday that it was tracking signs of possible ballistic missile launch by the Democratic People's Republic of Korea (DPRK) after a Japanese broadcaster's report on it.

An official at South Korea's Joint Chiefs of Staff (JCS) told Xinhua on the phone that it was trailing the signs of the DPRK's ballistic missile launch and has made complete preparations for possible launches.

The comments came after Japan's state broadcaster NHK reported that Japan had put its military on alert for possible DPRK ballistic missile launch in order to shoot down any projectile heading for Japan.

According to South Korea's military cited by Yonhap news agency, the DPRK forces have already deployed an unidentified number of Musudan intermediate-range ballistic missiles, mounted on mobile launchers, in the DPRK's east coastal region of Wonsan.