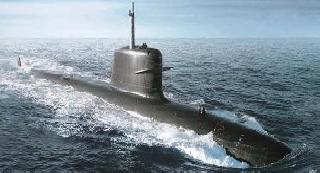 “The talks are going on at the government-to-government level, mostly to discuss the needs of the Indonesian Navy,” according to a DCNS representative interviewed by IHS Jane’s Navy International.

“So far, what the Indonesians have identified is the need for a complementary submarine fleet that can fill in the gaps of their new ocean-going submarines, and they are considering the Scorpene 1000.”