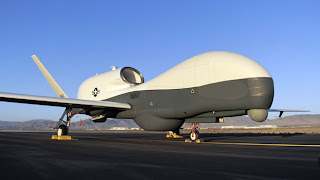 "At Northrop Grumman it's very important to not only develop our own capabilities, but to develop and foster capabilities in local supply chains," said Ian Irving, chief executive, Northrop Grumman Australia. "This is a great opportunity for quality-focused Australian companies to be involved in the production and sustainment of one of the U.S. Navy's and Royal Australian Air Force's key capabilities for many years to come."


"This contract, and the opportunities we expect will be available in follow-on production lots, highlight Northrop Grumman's commitment to Australian industry," added Irving.

Northrop Grumman's engagement with Ferra Engineering, and its advanced capabilities, was facilitated through the Australian Department of Defence's Global Supply Chain program. Under the Global Supply Chain initiative, international companies such as Northrop Grumman can assess Australian industry and provide them the opportunity to compete for business around the world on a value-for-money basis.

Australian companies have also received requests from Northrop Grumman for quotations to potentially provide components for follow-on production. These industry opportunities include cables, complex machined and composite assemblies, as well as special tooling and test equipment.

In March 2014, Australian Prime Minister Tony Abbott announced the Australian Government's intent to purchase the Triton UAS for high-altitude, long-endurance surveillance missions. Triton can fly missions for 24 hours at altitudes of more than 55,000 feet to cover vast areas of ocean and coastal regions. Its unique sensor suite provides a continuous on-station presence in a 360-degree field of view for some of the most demanding surveillance missions.