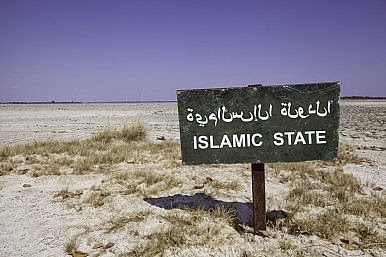 Although its prospects in the region are likely limited, IS could bring further death and destruction to South Asia.

The group that describes itself as the Islamic State (IS, also known as ISIS or ISIL) has formally entered the fray in South Asia, recently announcing the formation of a wilayah(province) in the region.
IS is positioning itself as a competitor to the Afghan Taliban and al-Qaeda in South Asia. It is unlikely to supplant the two groups. Still, the establishment of a wilayah in the region raises the risk of an increase in sectarian attacks not just against Shias in Pakistan and Afghanistan, but also against fellow Sunnis. It may also complicate the Kabul government’s efforts at reconciliation with the Afghan Taliban and give IS an opportunity to use the region to attack Shia Iran.
On January 26, Abu Muhammad al-Adnani, the IS spokesman, officially recognized the wilayah of Khurasan – a region that encompasses Afghanistan, much (if not all) of Pakistan, and parts of neighboring countries. IS commanders in Khurasan control little terrain, and so the wilyah is more notional than physical. But, importantly, IS has formed a single group operating on both sides of the Durand Line. In contrast, al-Qaeda has largely worked through Taliban groups operating separately in Afghanistan and Pakistan. IS has yet to identify the boundaries of Khurasan, and so it’s unclear whether this wilayah includes all of Pakistan, or whether the provinces of Punjab and Sindh fall outside of its orbit.
Read the full story at The Diplomat
Posted by PacificSentinel at 10:51 AM
Email ThisBlogThis!Share to TwitterShare to FacebookShare to Pinterest
Labels: Afghanistan, Iran, IS/ISIS/ISIL, Pakistan, Religious Extremism, Terrorist
Editorial: Islamic State Goes Official in South Asia
2015-02-05T10:51:00+10:00
PacificSentinel
Afghanistan|Iran|IS/ISIS/ISIL|Pakistan|Religious Extremism|Terrorist|
Newer Post Older Post Home