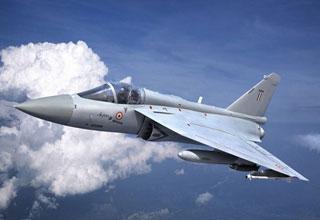 With three consecutive start-ups of its engine after overnight soak in extreme cold (around -15ºC) conditions of Laddakh winter, that too without any external assistance, Tejas, the Indian Light Combat Aircraft has achieved yet another and a rare distinction. Starting the fighter aircraft under such extreme condition without any external assistance or heating is a technology challenge. The requirements become further stringent when the starting is to be done three times consecutively with a partially charged battery. Team LCA led by AERD&C of HAL, and members from ADA, NFTC, IAF, CEMILAC and DGAQA have succeeded in achieving this. “The team LCA has achieved a technological breakthrough”, stated Dr. PS Subramanyam PGD (CA) & Director, ADA.

The engine starter is developed indigenously by HAL Aero Engine Research and Design Centre (AERDC), Bangalore. Prior to aircraft tests, the Jet Fuel Starter (JFS) was extensively tested on test rig to meet starting conditions across the operating altitudes including Leh (10,700 ft.) and Khardungla (18300 ft.). The control software of JFS was fine tuned to work at all operating altitudes with no adjustments from cockpit. GE-F404-IN20 engine start up control schedule was also varied with several control patches to establish reliable start.