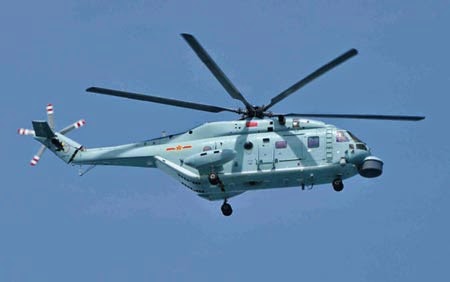 To strengthen the anti-submarine capability of the People's Liberation Army Navy, Z-18F helicopters will likely serve on the Liaoning, the nation's first aircraft carrier and the Type 071 Yuzhao-class amphibious transport docks according to a report by Hangzhou-based Qianjiang Evening News published Aug. 12.

The paper cited a Chinese military website which stated that the Z-18F is likely a modified version of the Z-8F helicopter designed based on the French-built SA 321 Super Frelon. By looking at photos posted online, Li Xiaojian, a Chinese military expert told the paper that the Z-18F is probably equipped with four eight-tube sonobuoy launchers, allowing the helicopter to carry 32 sonobuoys. A US SH-60 Seahawk, in comparison, is only able to carry 25 sonobuoys, according to Li.