Editorial: How China Justifies Its ADIZ - And How It Could Do Better 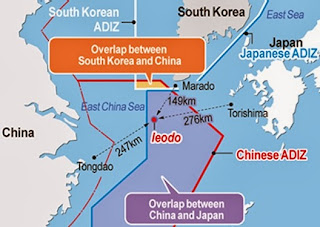 China’s contradictory justifications for the ADIZ add to confusion over the zone.

China’s establishment of an Air Defense Identification Zone (ADIZ) in the East China Sea has attracted a flurry of attention from around the world. Most of this has been negative attention — Japan, South Korea, Taiwan, and the U.S. have all issued complaints, although Japan and the U.S. have had the strongest reactions so far. By now, we’ve all heard the arguments against the ADIZ. To use the words of U.S. Vice President Joe Biden, currently in Tokyo, China’s move “has raised regional tensions and increased the risk of accidents and miscalculation.” But China also had its reasons for making this move. In remarks made Tuesday, Chinese Defense Ministry Spokesman Geng Yansheng tried to clarify the Chinese perspective.
The bottom line, according to Geng, is that China’s new ADIZ is a necessary measure to defend China’s sovereignty and the security of Chinese territory and airspace. The ADIZ was set up to provide an early warning system for China’s national air defenses, and is a defensive measure not aimed at any particular country or region. As such, the ADIZ is in line with international law and conventions (my colleague Zachary Keck has more on China’s strategy of “waging lawfare”). Geng attributes the firestorm over China’s ADIZ to misunderstandings, and even intentional smear campaigns against China.
In response to the major criticism, that China is effectively claiming the ADIZ as its territorial airspace, Geng issues a flat denial. Instead, Geng clearly expresses that the ADIZ is not China’s airspace, but is a region set up within international airspace which China has designated as an identification zone. In other words, the ADIZ will not affect the freedom which other aircraft enjoy according to international law — but China reserves the right to instigate identification and investigation procedures against aircraft entering the zone. Such decisions will be made, Geng said, according to the military or civilian nature of the aircraft, its threat potential, and its distance from China.  In other words, China claims the right to follow aircraft entering the zone at its sole discretion, but still acknowledges this area as international airspace.