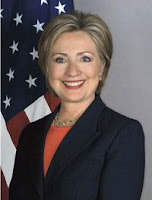 The future of politics will be decided in Asia, not Afghanistan or Iraq, and the United States will be right at the center of the action.

As the war in Iraq winds down and America begins to withdraw its forces from Afghanistan, the United States stands at a pivot point. Over the last 10 years, we have allocated immense resources to those two theaters. In the next 10 years, we need to be smart and systematic about where we invest time and energy, so that we put ourselves in the best position to sustain our leadership, secure our interests, and advance our values. One of the most important tasks of American statecraft over the next decade will therefore be to lock in a substantially increased investment -- diplomatic, economic, strategic, and otherwise -- in the Asia-Pacific region. 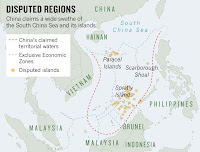 The South China Sea in Southeast Asia is bordered by 7 countries: China, Taiwan, the Philippines, Brunei, Indonesia, Malaysia and Vietnam. The name of that water, like others such as Gulf of Mexico, Indian Ocean, Arabian Sea, Persian Gulf, Gulf of Thailand, Philippines Sea, East China Sea and Sea of Japan, do not imply any notion of sovereignty because they were invented for convenience by European explorers.

National security and economic security are the two highest priorities of any Commonwealth Government.

Protecting and defending our national security interests involves making complex strategic judgments about short-term and long-term risks and opportunities in relation to the international strategic environment. This includes judgments about Defence posture and operations, Defence capability and Defence funding.

This periodically requires Australia to methodically review the international strategic environment and our own strategic settings and posture to ensure they are appropriate to Australia’s changing strategic circumstances.

The gap in Defence White Papers between 2001 and 2009 was far too long a one to enable such consideration.

The 2013 White Paper will address the range of significant international and domestic developments since the 2009 White Paper, which influence Australia’s national security and Defence settings, including their impact on force posture, future force structure, budget and finances.

The East and South China Seas are the scene of escalating territorial disputes between China and its neighbors, including Japan, Vietnam, and the Philippines. The tensions, shaped by China's growing assertiveness, have fueled concerns over armed conflict and raised questions about Washington's security commitments in its strategic rebalance toward the Asia-Pacific region.